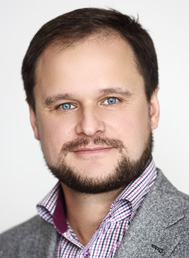 Denis was born in 1978 in Khartsyzsk (Donetsk region). He is a graduate of Khartsyzsk Metallurgical Vocational College (1997, with a degree in Maintenance and Repair) and Donetsk National Technical University (2001, with a degree in Mechanical Equipment of Steel Plants). After getting his master’s degree in metallurgical equipment, he started his career at Khartsyzsk Pipe as a maintenance fitter and became the General Manager of the plant. Denis holds the International Welding Engineer (IWE) diploma. He also received specialized training at leading European business schools (INSEAD in France and IMD in Switzerland)